Home  |  Eyes to the futures 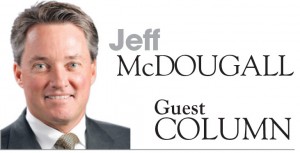 Falling crude oil prices have taken their toll on Oklahoma, and our state government is now facing a budget
shortfall that could surpass a half-billion dollars.

It is a financial position lawmakers do not want to be in. It is a position that could be avoided, in part, if our state government followed the lead of our state’s oil and natural gas producers.

Much like farmers and ranchers who sell their cattle and wheat at market prices, crude oil and natural gas producers have no say in what price their product brings. They simply take the price the market gives them. The ebbs and flows of commodity prices are a part of doing business in the oil and natural gas industry, but many Oklahoma oil and gas producers have learned how to protect themselves from the volatile ups and downs of a fickle market.

By hedging their production, oil and natural gas producers ensure the price their product will bring when it reaches the market.

Companies hedge their oil and natural gas prices not to benefit from a change in price, but rather to lock in a price for several months, enabling them to plan and budget the year ahead.

Such risk is difficult to bear, especially in the low-price environment we currently live in, where crude oil prices have been cut by more than half since their 2014 peak. A futures strategy that
locks in revenue our state will receive from oil and natural gas production provides budget certainty even in times of market upheaval.

While hedging will not protect our state entirely from volatile market swings, it could provide the certainty needed to ensure that critical government programs are funded at adequate levels.