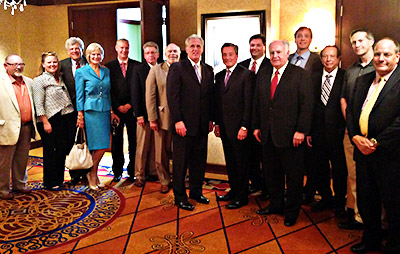 On Tuesday, September 2, DEPA leaders took advantage of a unique opportunity to sit down with current House Majority Leader Kevin McCarthy (R-CA) at the Skirvin Hotel in Oklahoma City. The roundtable session was extremely productive, and DEPA’s leadership continued the discussion about LNG and crude exports, as well as the importance of industry tax provisions and policy. DEPA made major inroads at the meeting, ensuring that the alliance maintains its value to Congressional leaders, and cementing the friendship between DEPA and Leader McCarthy.

Oklahoma Attorney General Scott Pruitt also was on hand to present DEPA investors with an update regarding the cur- rent regulatory lawsuit.