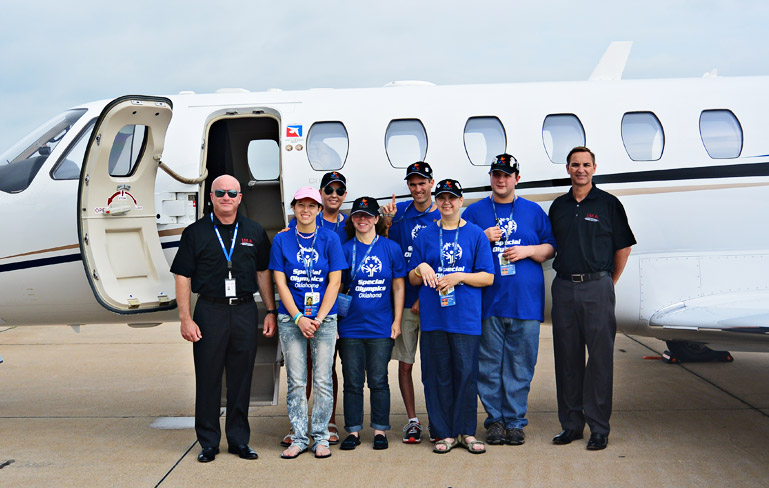 The National Special Olympics took place in Mercer County, New Jersey this year.  For more than 10 hours on June 14, 2014 a business aircraft arrived or took off at TTN every three or four minutes, carrying more than 700 Special Olympians to the games.  The process was repeated in reverse on June 21, 2014 as the athletes, their coaches and sponsors returned home.  JMA first participated in the Special Olympics airlift in 2010.