Home  |  OIPA Member of the Year 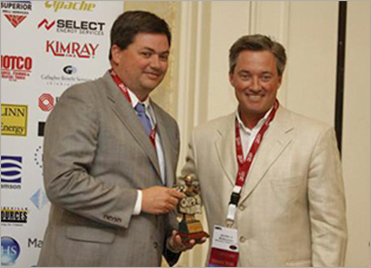 Oklahoma Independent Petroleum Association named an executive of Oklahoma City’s JMA Energy Co. LLC as its member of the year. The association honored Chad McDougall, vice president of JMA Energy, and credited his help in passing the Energy Litigation Reform Act. “Without this bill, the business environment for oil and natural gas exploration and production companies investing in Oklahoma would be forever changed,” said OIPA President Mike Terry. “This association and the oil and natural gas industry as a whole owe Chad McDougall a debt of gratitude for his tireless efforts to ensure the economic viability of this industry.” McDougall joined JMA Energy in 1994 and is a former petroleum engineer with Mewbourne Oil Co.