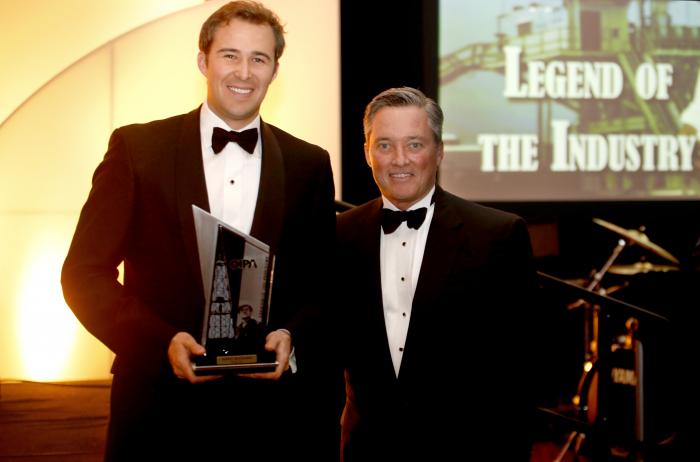 The Oklahoma Independent Petroleum Association bestowed its highest honors during the association’s Wildcatters Gala on March 21 at the Skirvin Hilton in Oklahoma City.

The event honored the late Aubrey McClendon as the inaugural OIPA Legend of the Industry.

McClendon, a 30-year OIPA member, helped launch the U.S. energy renaissance during his time at Oklahoma City’s Chesapeake Energy, promoting the increased use of American natural gas and perfecting the use of horizontal drilling to open vast new oil and natural gas fields across the nation. His success in business rippled through the community, and with McClendon leading the charge, a revitalized oil and natural gas industry breathed new life into Oklahoma City.

“We created the Legend of the Industry award to recognize the men and women who have led this industry to greatness, and there is no one more deserving than Aubrey McClendon,” said OIPA Chairman Jeffrey McDougall, president and owner of Oklahoma City’s JMA Energy Company. “The vast oil and natural gas resources unlocked under his leadership revitalized an industry, our state and the nation. Aubrey was truly an American entrepreneurial hero, whose love for the oil and natural gas industry was infectious, and his demand for excellence drives his peers to demand the same.”