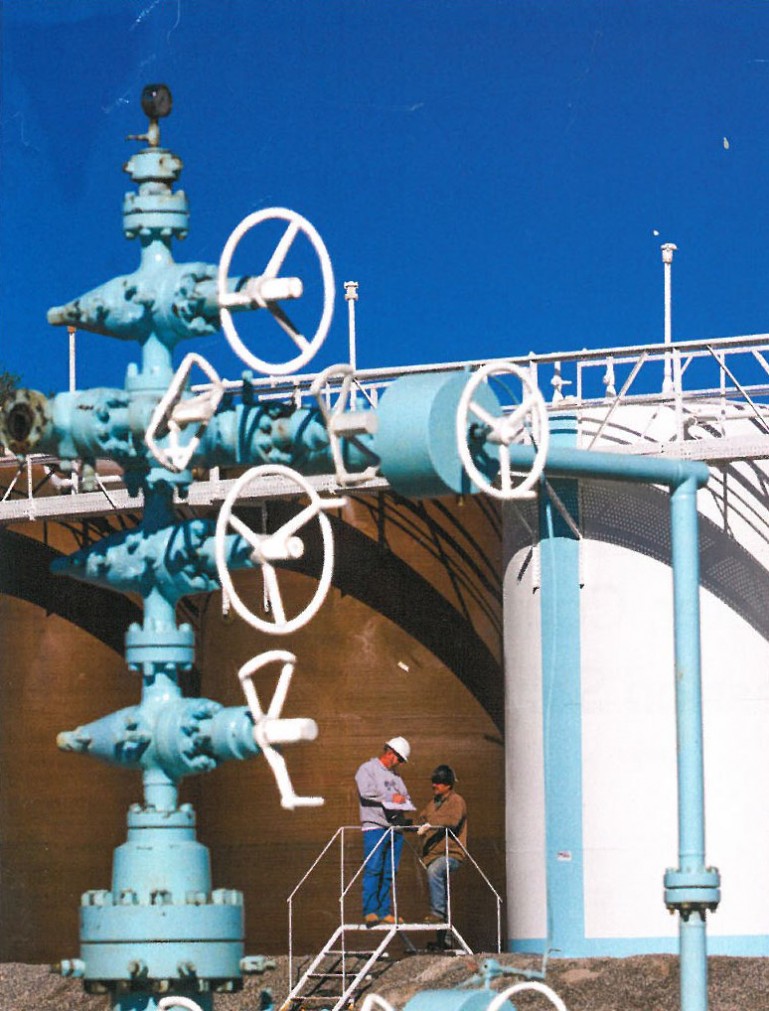 OKLAHOMA CITY–Jeffrey McDougall proposes the following thought experiment: Pretend a formally-organized bloc of countries, some of them unfriendly toward the United States, undertakes an open campaign to control the smartphone market and undermine the U.S. companies in that industry.

“If there was foreign collusion about iPhones, everyone would be up in arms,” muses McDougall, president of JMA Energy Company LLC in Oklahoma City and chairman of the Oklahoma Independent Petroleum Association. “The government would be compelled to react with sanctions.”

As OIPA approaches its 2016 annual convention, scheduled for June 10-13 at the Four Seasons Hotel and Resort in Las Colinas, Tx., its members face open collusion to undermine it by the Organization of Petroleum Exporting Countries, McDougall contends, and U.S. policymakers make no move to penalize the participants.

“Our country imposes no consequence on OPEC for pulling the rug out from under us,” McDougall characterizes. “The country sits back and accepts a foreign entity manipulating the market to stop our energy renaissance and return us to a past that was not very popular.”

As if slack commodity prices were not enough, Oklahoma oil and gas companies also must withstand a flurry of unwelcome federal regulatory developments at the same time their state walks the uncertain path of addressing increased seismic activity that many link to wastewater injection. Can OIPA President Mike Terry recall a tougher time for Oklahoma oil and gas producers?

“Never,” he says without hesitation. “Not even close.”

Even so, he affirms, most OIPA members have stayed afloat in choppy waters before. “It is their livelihoods, and they are fighters,” he reflects. “They know what to do.”

Presidential Piling On
OIPA members are survivors, Terry describes. Nevertheless, he continues, it certainly does not help when policy-level evidence strongly suggests the president of the United States wants to see their industry perish. “All the federal regulatory issues make it extraordinarily tough,” Terry assesses. “The Obama administration has done its best to kill the coal industry, and oil and gas are next. From day one, this president has shown he is no friend to this industry.”

It should come as no surprise that President Obama has not responded to OPEC’s predatory strategy with any measures to mitigate the damage to U.S. producers, McDougall observes. Instead, the president piles on. “Since these countries are so interested in our markets, we should impose an import fee on their oil when they attempt things such as this,” he advocates. “However, the administration has sought a $10-a-barrel production tax to kick us while we are down. That tax should go on imported crude as a response to OPEC’s market manipulation.”

Although the production tax Obama seeks has little hope of becoming law, McDougall suggests the gesture is not entirely empty, since it exemplifies the hostility the country’s independent producers can expect from the White House. Nevertheless, he acknowledges genuinely good news can find its way out of even Washington, citing Congress’ vote at the end of 2015 to lift longstanding statutory restrictions on U.S. crude oil exports (AOGR, Jan. 2016, pg. 26).

“Now that the export ban is gone, the United States has entered the global energy competition,” McDougall reflects. “That levels the playing field for oil, and if the administration would be quicker about permitting liquefied natural gas terminals, we could export more of that while our country still has a price advantage.”

Slow Recovery
According to McDougall, an extensive hedging program has helped protect JMA’s balance sheet, but the company also has had to reduce staff and trim compensation. Fortunately, he says employees also seem to recognize that evolving conditions require such adaptations.

Even though JMA Energy has tapped its brakes, he acknowledges, it has not stomped on them. “We are still drilling,” McDougall reports. “Finding costs are half of what they used to be, or lower. We are making economic choices, but we are inside cash flow, which makes it a lot easier to handle times such as these.”

Throughout a history that runs more than three decades, JMA Energy has a longstanding taste for drilling horizontal wells in conventional reservoirs, he reveals. “We were drilling this stuff before prices went down,” he reflects. “We have drilled a lot of Oklahoma’s first horizontal wells in every horizon, so we are able to pick and choose what we like. Our property base is pretty broad, without any particular core that we require to make things happen. We are agnostic on what to drill, and go wherever the economics say by using an internal high-grading process to decide what gets capital.”

McDougall acknowledges times have proven more difficult for some Oklahoma companies, as a shrinking number of new projects renders many of them overstaffed. Yet, the fact that booms do not last forever also proves downturns eventually end, too, he considers. “All these factors start pointing to a bottom,” he suggests.

Even if hindsight eventually shows this price cycle’s low point indeed has passed, McDougall is quick to counsel against expectations for a sharp, v-shaped recovery. The industry’s underinvestment may linger, he allows. “We are at the bottom of a 15-year cycle,” McDougall assesses. “We have to digest the oversupply, then we will head back up on another 15-year cycle. Will oil and gas prices be higher in the long run? Yes, but it is going to take a while.”

Moreover, he advises, companies must approach the next era with a new template that incorporates lower finding costs and stronger balance sheets. “Debt is an accelerant on the way up and a millstone on the way down,” McDougall characterizes. “In the traditional, capital-constrained market, wells were drilled primarily out of cash flow with some senior debt to complement normal capital expenditures. That kept debt levels manageable. This time, a lot of outside capital tipped the scales. It allowed the United States to drill a lot of wells and grow production, but it was all based on incorrect price assumptions.”

And though conventional wisdom holds that history tends to repeat itself, McDougall points out that each cycle contains unique factors. This one, he suggests, includes the uncertain variables of outside capital and the proliferation of alternative fuels.

“Outside capital, such as private equity, still are funding some activity, which has dampened the production slowdown,” McDougall reasons. “Renewables are another new factor we have not had to contend with previously. Renewables are eating away fossil fuels’ market share in the power generation sector. While we are trying to get back to a workable market, part of our market share could erode. Those are a couple things that are going to make this rebound trickier.”

Annual Convention
Although plenty about OIPA’s 2016 annual meeting, June 10-13 in Las Colinas, will be familiar to regular attendees, Terry cites a few innovations in consideration of industry conditions. The most noticeable, he says, is a slightly condensed format. “The Wildcatters Swing Golf Tournament we normally have on Saturday will be on Friday,” he explains. “The OIPA Golf Classic that normally is on Monday afternoon will be on Monday morning. The temperatures will be cooler, and people who want to get back to work on Tuesday will be able to get home Monday afternoon.”

The first day also includes a sporting clays tournament and a cookout for wildcatters and sponsors.

Saturday, June 11, will include a general session scheduled to begin at 8:30 a.m. In OIPA’s efforts to address topics pertinent to its members, Terry indicates those presentations will seek to help them cut costs and discover efficiencies. “We will discuss some things that may help for both crude oil and natural gas,” he reports. “We also will have some speakers consider the future of shale and other Oklahoma formations.”

Other market factors such as storage, energy demand, and geopolitical considerations also are sure to surface at the general sessions, he predicts. The usual legislative panel will be on the agenda as well, Terry says, predicting that lawmakers “will discuss the session and what we can expect going forward.”

Other Saturday events include the OIPA Board of Directors luncheon, a pizza tossing spouse event at Coal Vines Italian restaurant, the exhibition, welcome reception, oil field services fundraising auction, and a casino party.

Along with another general session, Sunday’s events include a chapel service led by U.S. Senator James Lankford, R-Ok., as well as a keynote luncheon and an evening pool party.

The OIPA Classic Golf Tournament and awards lunch that follows on Monday, June 13, will conclude the convention.

According to McDougall, the annual meeting offers an especially important opportunity for OIPA members. “They are not going through these times alone,” he notes. “It is a chance for fellowship, and for members to talk about solutions and how their counterparts are dealing with challenges. That is one of OIPA’s main functions. Now is not a time to let up on our issues, because there are a lot of regulatory and governmental policy attacks alongside these economic troubles.”
Fortunately, he assures, challenges that come from every side are not enough to induce despair in independent producers. “That is when oil and gas people really double-down,” McDougall promises. “We don’t run away from problems. We bow up and deal with things.”