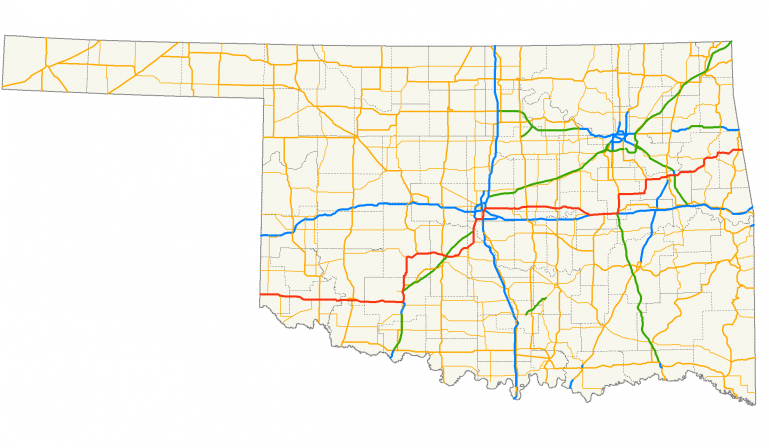 OKLAHOMA CITY–Public fears arising from seismic events in Oklahoma have led to curtailed injection volumes in scores of disposal wells, with almost 100 shut in, published reports indicate. In the past three years, the Oklahoma Corporation Commission has taken more than two dozen actions to deal with earthquakes, while in 2014 Governor Mary Fallin created the Governor’s Council on Seismic Activity, made up of experts within state government and the private sector, to examine the issue of induced seismicity and how best to deal with it.

The Oklahoma Independent Petroleum Association is responding to concerns that wastewater disposal has contributed to a swarm of earthquakes in the Sooner State during the past few years, observes association Chairman Jeffery McDougall.

“We have engaged by trying to improve understanding of the issue and helping efforts to come up with a solution,” describes McDougall, president of Oklahoma City-based JMA Energy Company LLC.

Sharing Data, Expertise
Part of the OIPA’s contribution, says Vice President of Regulatory Affairs A.J. Ferate, has come from the work of OIPA’s Seismicity Committee, led by OIPA West Vice Chairman Kim Hatfield of Crawley Petroleum in Oklahoma City. “He has done a great job coordinating with industry representatives and me, and bringing us together with government officials,” Ferate praises. “That has helped the state in its search for solutions that are based on science instead of hasty conclusions.”

McDougall affirms that OIPA’s Seismicity Committee has been at the forefront of the issue for three years, and he notes that its contributions include providing the OCC and Oklahoma Geological Survey with data from member companies as well as expert analysis.

“Hatfield very well may be one of the foremost experts on seismicity not only in the industry, but in the country,” McDougall suggests. “OIPA and its members have assisted the OCC and the OGS with massive volumes of data. We have contributed to understanding and have helped arrive at the solutions. There has been a measured approach to slowing injection and looking for responses in which earthquakes are not a problem.”

OIPA President Mike Terry praises Governor Fallin’s role in helping the state address the matter in a way that is both prudent and effective. “She has done it the right way, not going too far, but allowing OCC and others to do their jobs according to scientific findings,” he assesses. “I always have said that the industry’s tremendous amount of scientific knowledge eventually will allow it to find solutions, and I think she understands that.

“No one can simply turn a key and make this go away,” he adds. “It did not come about overnight and it is not going to be resolved overnight, but I am very pleased not only with how the government has handled it, but our members too.”

He says that is because the difficult market in which the industry finds itself makes it arguably the least convenient time for producers to curtail production and the accompanying produced fluids. Despite many companies’ desperate need for revenue, Terry notes, most operators have complied readily with the OCC’s areawide volume reduction orders (VROs). A March 7 VRO covered 406 Arbuckle disposal wells across 5,200 square miles, with a goal of reducing injection volumes in that area to 40 percent below 2014 levels (AOGR, April 2016, pg. 18).

“For the most part, industry has complied, based on the understanding that finding a solution means we have to try some things,” Terry describes. “Most of Oklahoma’s activity is in the northern part of the state, where a lot of water is being produced and must be disposed of. We have found some ways to take care of that water and will find more, either by disposing of it elsewhere or by cleaning it up with new technology.”

Ferate points out that some companies only produce in that part of the state. “It has constrained some of those companies, but fortunately, we have seen very few bankruptcies,” he says. “It can make times really tough if you add the additional costs that companies have to bear because of seismic issues on top of all the other economic issues.”

Seismic Opportunism
McDougall says complicating the matter is the extent to which oil and gas opponents seek to capitalize on the public’s concerns while depicting oil and gas companies as insensitive to them. Nothing could be further than the truth, he assures. “I live in Oklahoma City and can feel the earthquakes at my home,” he notes. “Some environmentalists enjoy any topic that gives them an opportunity to shed a bad light on oil and gas. It is more piling on.”

Ferate recalls a lot of anxiety in the Oklahoma City area in late 2015 when seismic activity was especially frequent. “There was a lot of anxiety, but now that the quakes have dropped off, that has waned as well,” he reflects. “It does not mean that cannot come back immediately if we start to have more earthquakes. Some continue to try to raise alarm about the issue because they see this as an opportunity to oppose the industry. However, I think a lot of cooler heads are going to prevail.”

Terry predicts that efforts to stoke public backlash against oil and gas activities will find limited purchase in the Oklahoma soil.

“Most Oklahomans appreciate the industry’s importance,” he maintains. “They have friends and relatives working in the industry; they know it is the backbone of our economy and know how much it contributes to museums, universities and a lot of other good things. And we in the industry live here, too, so we are not complacent about finding a solution.”