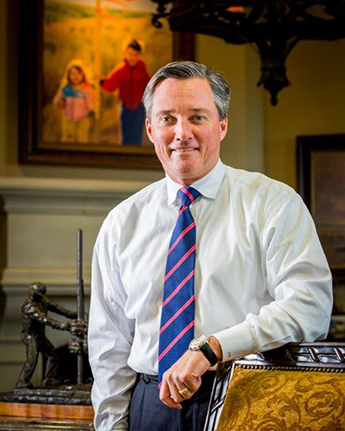 In 1986, just two years out of college, Jeffrey McDougall was at a career crossroads.  The bottom was falling out of the energy industry in Oklahoma, the price of oil had sunk below $10 a barrel and he had been laid off from his engineering job at Triad Drilling.  Jeff realized that if he was going to stay in the oil and gas business he was going to have to make a place for himself.  Accordingly, JMA Energy Company was born in the fall of 1986 and Jeff has never looked back.  JMA started with the essentials—a desk, a phone and a typewriter.  Jeffrey’s father, Dennis, helped him secure financing to start developing prospects and survive until he could sell his first deal.  From 1986 until 1992, JMA worked one deal at a time selling small percentage interests to numerous local investors to get each well drilled.  In 1992, JMA signed a deal with MCN Corporation of Detroit to lead their oil and gas investment in Oklahoma.  This transaction provided JMA with the “critical mass” it needed to become an aggressive and respected force in the deep Anadarko Basin of Oklahoma.  The company soon grew to more than 50 employees and several hundred operated wells.  In 1998, MCN decided to exit the industry and JMA retained its interest in the properties and moved forward.  JMA’s corporate culture has evolved from its early survival mode into today’s intelligent, efficient and dedicated group of energy professionals working with a sense of urgency to secure economically attractive exploration and developmental opportunities.